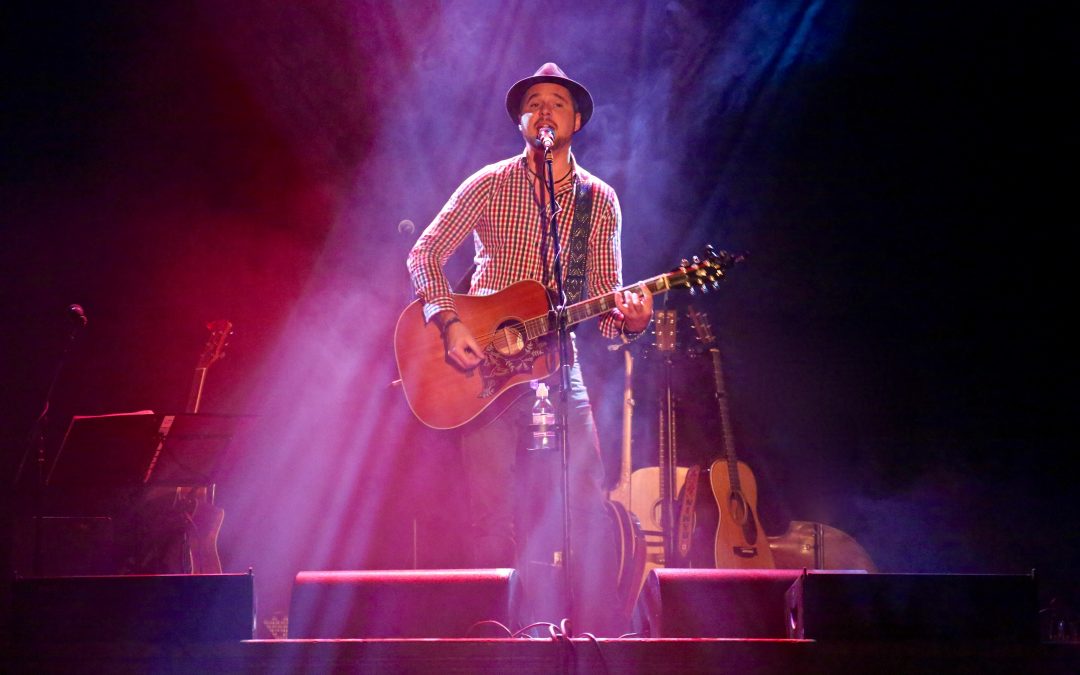 The annual Liverpool music festival Folk On The Dock, has attracted a record number of applicants through the ‘Apply To Play’ section on the festival’s website www.folkonthedock.com Over 600 singer-songwriters have submitted their music, hoping to be included in the three day event over August Bank Holiday weekend (24-27 Aug 2018) at the iconic Albert Dock. Artistes from as far as America and Australia have applied as well as hundreds more, closer to home.

Martin Blore, Executive Producer of Folk On The Dock said: “We have listened to every artiste who has applied and we are overwhelmed with the level of talent that is out there. We intend to have most artistes, including headline acts programmed within the next fortnight and we will be announcing the full line up shortly.”

He added: “There will be a mix of local, national and international performers, award winning singer-songwriters and an emerging talent stage for Liverpool artistes. This is our third year and previously we have programmed some of the greatest talent around and for many, Folk On The Dock was their first Liverpool performance. Wildwood Kin headlined at the festival last year just before they performed at BBC Radio 2’s Live From Hyde Park, but you saw them here first.”

Folk On The Dock is the perfect fit for Liverpool as it not only promotes the waterfront as a UNESCO world heritage site, celebrating the role that the city’s waterways played in the export and import of folk, roots and acoustic music around the world, it also endorses Liverpool’s status as a UNESCO City of Music.

Last year Folk On The Dock attracted 90,000 visitors to enjoy the various music stages in the spectacular Albert Dock setting that is home to Tate Liverpool, museums, attractions, hotels, independent retailers and a diverse restaurant and café culture that enables festival goers to wine and dine overlooking the dockside at the height of summer.

The main Dock Stage, which is free to watch, will once again be hosted by the legendary Janice Long and will showcase contemporary and headline singer-songwriters. There will be a mix of free and ticketed events throughout the weekend with over 200 artistes performing live.

Folk On The Dock also incorporates The Liverpool Shanty Festival with artistes singing on the boats around the water’s edge, as well as in the Liverpool Maritime Museum and on a dedicated stage whilst diners enjoy the street food from specialist traders.

Clare Rawlinson, Marketing Manager of Albert Dock said: “The popularity of urban festivals is growing and we are perfectly placed to take advantage of that at Albert Dock. We are the North-West’s most visited free attraction and a music event like this just enhances the existing offering. The festival starts at 12 noon daily, so visitors can stay in local accommodation without the need for outdoor camping. We are close to the train and coach stations and opposite Liverpool’s main shopping centre, so when the festival finishes at 7pm, festival goers can stay on site, visit the ticketed festival events and take advantage of Albert Dock’s vibrant night life.”

Folk On The Dock starts at 12 noon daily until 7pm on the 25thand 26thAugust and from 12 noon until 5pm on the 27thAugust 2018. There will be a ticketed launch event at the Museum of Liverpool on Friday 24thAugust that will be announced soon. Albert Dock’s website is www.albertdock.com