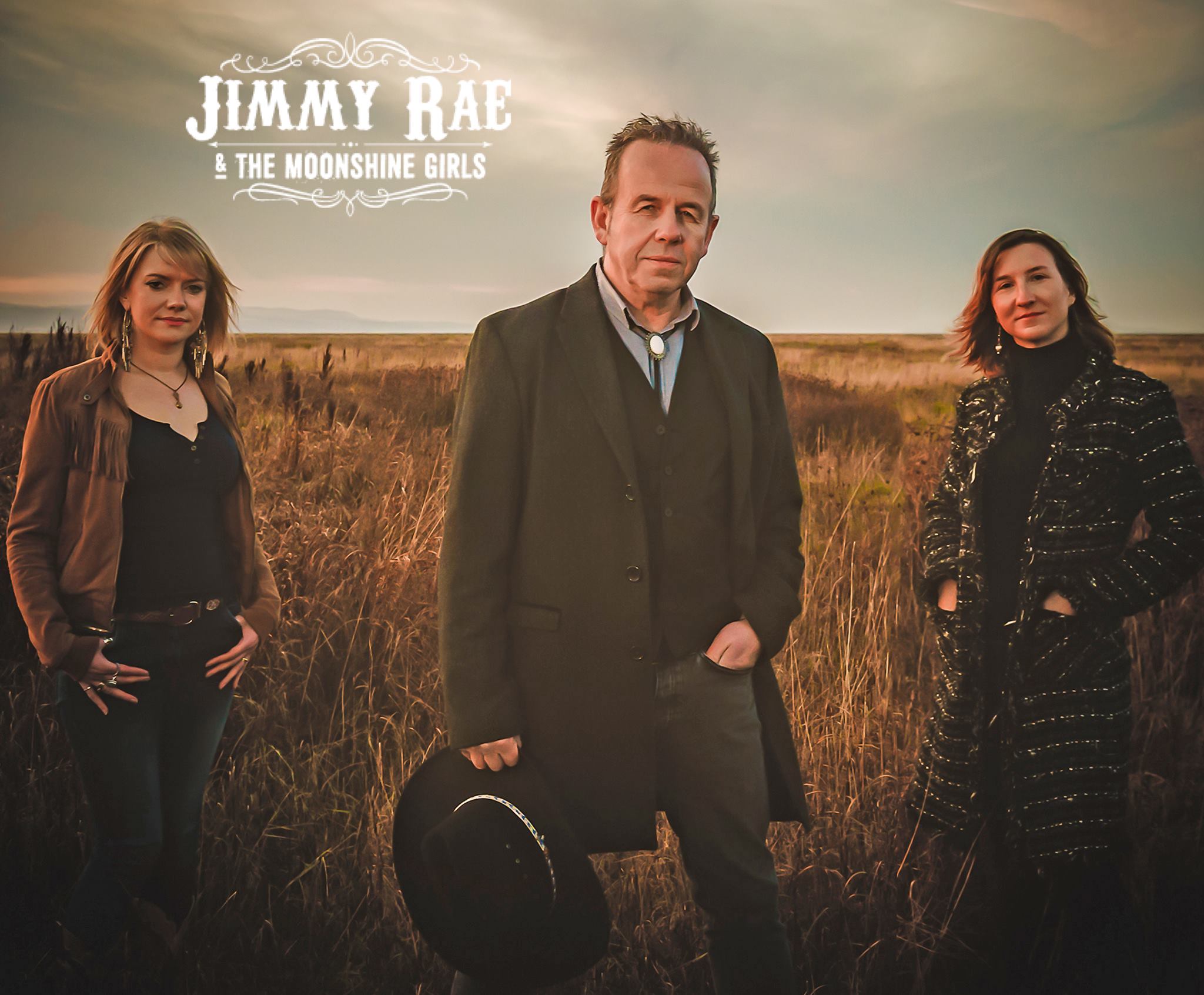 Jimmy Rae & the Moonshine Girls are an acoustic Americana skiffle trio from the Wirral, fronted by singer songwriter Jimmy Rae, accompanied by Sarah-Lou Fletcher on harmony vocals and Izzy Ryder on piano.

Formed in 2015, they have already been delighting audiences around the folk clubs and acoustic venues of the North West, performing songs from Jimmy’s critically acclaimed solo album ‘Deliverance’ and their own debut album ‘One Day’ (Mersey Moon Records, 2017).

Jimmy is a seasoned performing songwriter, guitarist and storyteller from the Wirral, with songs released on RCA Records, EMI Music Publishing and Warner Chappell. His lifelong musical adventure has taken him from Liverpool’s legendary Eric’s club to the city’s Anglican Cathedral, with literally hundreds of solo and band performances along the way at clubs, theatres and festivals throughout the UK, Ireland and Europe.

Hailed by Liverpool pop historian Spencer Leigh as one of Merseyside’s finest songwriters, his music has been heard on national and local radio from Liverpool to Japan and from New York to the Outer Hebrides.

Jimmy’s songs are rooted in the American rock’n’roll and country traditions, with an enchanting twist of celtic folk, lending them a comforting sense of familiarity. In concert, the precision harmonies and musicianship of The Moonshine Girls showcases them at their very best.