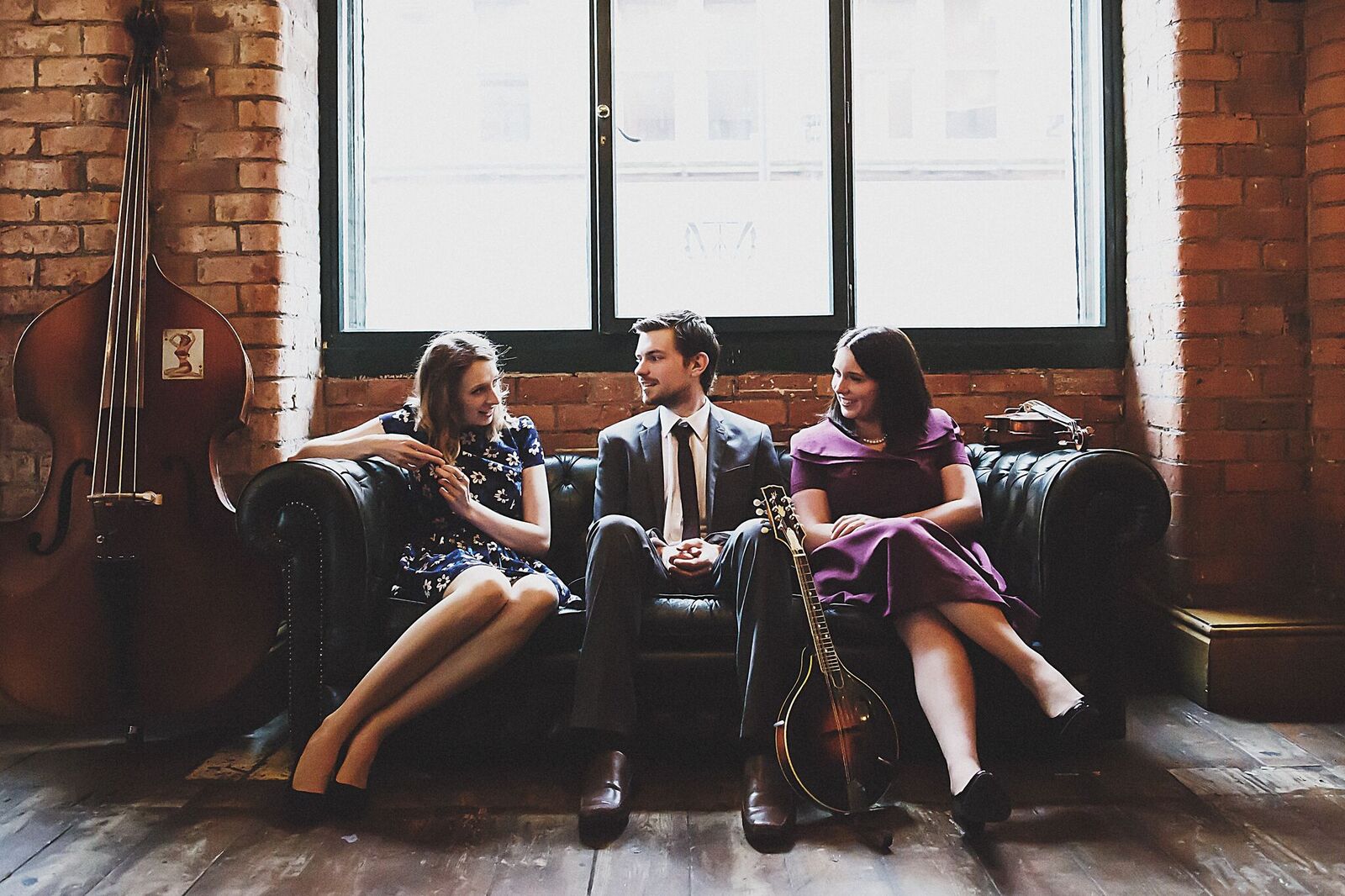 Since reaching the finals of the BBC Young Folk Awards in 2008, Jaywalkers have cemented their place as one of the most exciting, virtuosic and entertaining young bands working on the British Folk scene. Effortlessly creating a unique sound based on their collective and individual musical backgrounds, the band takes influence from folk, bluegrass, country and western swing music in the form of virtuosic instrumentals, three part harmony and impressive slap bass. Add good humour, tasteful arrangements and exceptional musicianship to the mix and they are guaranteed to put a smile on your face…. The music Jaywalkers create is in­novative and deeply rooted in tradition.
The covers chosen range from the song “Tainted Love”, made famous by Soft Cell in ’81, to a striking traditional murder ballad called “Delia”, which was brought to popular attention by Johnny Cash. It was recorded live around one microphone over two days in early September by Joe Rusby and was officially released on the 11th Nov, available online and at their shows. Their live set consists of a mix of covers, but also many original songs inspired by stories and poetry from Mike’s home county of Lancashire. The history of the area starts around the time of the Industrial Revolution when the cotton industry arrived, so there are strong themes running through the set about the trials of life in industrial Lancashire. But, its not all doom and gloom! The band litters their set with blistering, foot-stomping, up-tempo instrumentals and more cheerful traditional songs to entertain the soul and cheer the heart.
“Jaywalkers effortlessly blend British and American folk traditions to create something arguably greater than either of these genres. “ Acoustic magazine
“Jay, Mike and Lucy weave a bright and busy tapestry with their third album [and] play with precision and aplomb…. [They] create music that is distinctive and enjoyable” Songlines Magazine
Folk On The Dock has been shortlisted in the Liverpool City Region Tourism awards for “Large Tourism Event of The Year”